Within Liverpool’s regional commercial property and construction sector, it’s not that often you see a presentation which showcases a vision that could be the start of something that triggers significant change, opportunity and investment for many years to come.

Well, yesterday I did!

As part of the International Festival for Business currently being held at Liverpool’s waterfront, our friends at K2 Architects, alongside Mayor of Liverpool Joe Anderson, presented a unique and inspirational vision for an area of land that has fallen into disrepair over the last 25 years.

It could be argued that Liverpool’s modern day regeneration started back in the mid 1980’s with the ambitious redevelopment of Albert Dock, which started a waterfront development resurgence that included Mann Island, Kings Dock and Liverpool Waters, together with the neighbouring Liverpool One Retail development.  These areas have undoubtedly changed the face of Liverpool over the last 20 years and sparked many smaller development opportunities that continue to emerge out of the ground, with many more in the pipeline.

What I witnessed yesterday could very easily be the catalyst for the next major regeneration platform for Liverpool.

The International Garden Festival, held in Liverpool in 1984, was the first such event of its kind held in the UK and is certainly something I remember visiting as a child.  The festival site was built on a former refuse tip, 3 miles to the south of the city centre and attracted nearly 4 million visitors when it opened.  However, following the end of the festival, the 100 acres site fell into disrepair and despite various attempts to progress the site over the years, the uncertainty as to its future has never gone away.  In 2015, Liverpool City Council bought back the site with the intention of creating a cultural destination linking the city centre waterfront to the southern end of the city.

The site, which will now be known as Festival Park, has always had development challenges, with the major issues centring around the decontamination of the site and the connectivity issues it has with the city centre and the surrounding areas.  Yesterday, Kevin Horton & Mark Davies from K2 Architects based in Liverpool, delivered a truly outstanding vision of what the site could now become – but only with the right approach, willingness and confidence of all parties involved.

Kevin & Mark explained the history of the site and the issues that have hampered any previous development potential and unveiled their vision of harbouring the site’s waste (on an artificial headland!) and converting this into an energy source to power up to 3000 houses over a 70 year period, whilst at the same time creating a “cultural corridor” that could link the existing underutilised St. Michael’s railway station with a new ferry landing stage linking the site with the city waterfront and the Wirral peninsula.  There was even talk of a potential high level monorail to further aid connectivity, returning to Liverpool’s waterfront!

“It is a site which has languished without being properly developed for far too long, but we are determined for it to achieve its potential and become a major destination the entire city region can be proud of.  We are at the start of a long term project to deliver a first class visitor and cultural destination with limited residential development on part of the site.”

What was particularly encouraging about this site as that it has already gone past the visionary stage with the council having approved funding last month to remediate a 9 acre area of land to the northern end of the site, which it plans to sell to a residential developer (for approximately 85 homes), and then utilise the profits to further remediate other parts of the site.

Congratulations to Kevin & Mark and to all parties involved.  I only hope the willingness and confidence is there to take K2’s vision forward and that the usual political and financial problems don’t undermine what could easily be a legacy project which delivers the next major development opportunity for Liverpool. 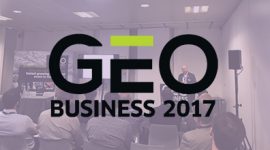 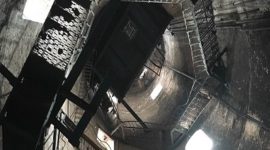 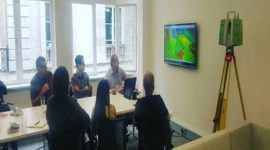